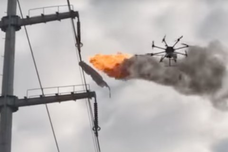 Eyes in the Sky
The age of technology has given people another chance to help us build a safer and sounder atmosphere for ourselves, our family, and our children. The possibilities are limitless with these unmanned aerial vehicles or drones, which is why people are beginning to invest in them more and more.

In the past, these drones have proven their efficiency in serving as a means of mobile surveillance in dangerous areas without risking possible loss of human life. In recent times though, the applications for these drones have skyrocketed – with the Federal Aviation Authority (FAA) estimating an ownership of 15,000 drones in the country by the year 2020.

Back in February, in Xiangyang, China, a power company demonstrated a creative way to remove garbage hanging on their hard-to-reach power lines. User operated drones would shoot plumes of fire at garbage hanging over 30 feet up in the air. Now, this might sound extremely dangerous to most, but it is much safer than having to climb there to attempt to retrieve it. 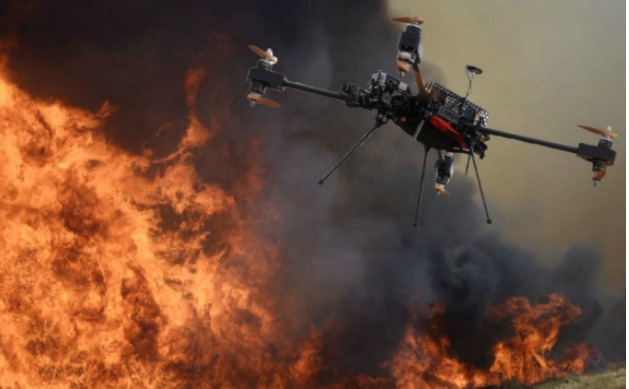 Image from: ​mfame.guru/fly-cant-fire-fighting-stopped-drones/
​Other uses include (and not limited to, due to amazing human creativity) application to:

• Agriculture – Farmers can use them for crop monitoring, finding areas that are infested with insects/bugs or even areas that need watering. In the future, drones could also help in the watering department.

• Land Surveying – Drones able to analyze the surrounding terrain, pinpoint questionable areas and target certain defects that could diminish the cost of the land.

• Security – If your alarms go off in your home, it would be better to have a drone check your surroundings than personally walking around and possibly risking your safety or that of your family’s.

• Film Making – For aspiring filmmakers, the use of a drone to capture shots that usually cannot be achieved by traditional means can create a beautiful scene for viewers. Examples of their effectiveness are certain scenes shot from The Avengers: Age of Ultron.

From 2010 to 2015, there was an average of 441,400 domestic fires that claimed 3,138 lives and injuring 15,047 more. These statistics were provided by the National Fire Protection Association (NFPA), who also reports a total of $40.1 billion of damage throughout these years.

Whether we like it or not, the local fire department usually arrives late, and that’s what causes this staggering amount of harm. Now, imagine if homeowners had access to an affordable drone that had basic firefighting capabilities. Not only would there be a possibility for you, as the owner, to prevent the spread of the fire, but it would buy time to ensure the safety of family members as well. Fires are very dangerous to fight especially if you are untrained, but having equipment that will allow you to fight from a relatively safe distance before emergency services arrive is an asset you’d want.

The FAA (www.faa.gov/uas) has allowed local fire departments to exercise their processes regarding drone ownership and maintenance certification. Potential owners will, of course, require training which involves not only proficiency with the drone but evaluations as well.

Knowledge of drone technology is an immense advantage in this day and age, the time and money you will be spending on training will pay dividends in the end simply because of a drone’s many uses. UAV technology can only get better as we get further into the future, so the money you spend now can guarantee the safety of you and generations of your family to come.